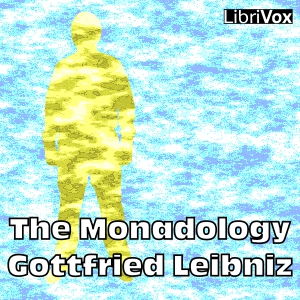 LibriVox recording of The Monadology, by Gottfried Wilhelm Leibniz. Read by Gary Geck.

The Monadology (La Monadologie, 1714) is one of Gottfried Leibniz’s best known works representing his later philosophy. It is a short text which sketches in some 90 paragraphs a metaphysics of simple substances, or monads. What he proposed can be seen as a modification of occasionalism developed by latter-day Cartesians. Leibniz surmised that there are indefinitely many substances individually 'programmed' to act in a predetermined way, each program being coordinated with all the others. This is the pre-established harmony which solved the mind body problem at the cost of declaring any interaction between substances a mere appearance, something which Leibniz accepted. Indeed it was space itself which became an appearance as in his system there was no need for distinguishing inside from outside. True substances were explained as metaphysical points which, Leibniz asserted, are both real and exact — mathematical points being exact but not real and physical ones being real but not exact. (Summary from Wikipedia)